“Where there is no vision, the people perish:
but he that keepeth the law, happy is he.” 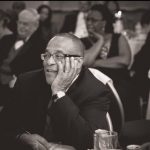 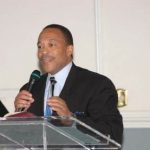 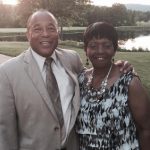 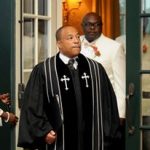 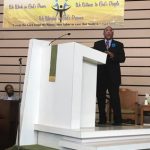 Ralph C. Duke was born in Franklin, VA and raised in East Orange, NJ. His greatest blessing was marrying his college sweet heart, Pamela Boyd in 1976. God blessed this union with four daughters, two son-in-laws and six grandchildren. At the age of 5 years old, Ralph responded to the call of salvation at Allen Grove Baptist Church, in Franklin, VA where his grandfather, Rueben Baker, was pastor.

He received his undergraduate degree in accounting from Virginia State University, his MBA from Rutgers University and a Master of Theology from John Leland Center for Theological Studies (6/07). Armed with an MBA in accounting in 1974, he had a very successful career that included working for such companies as Arthur Anderson, Johnson and Johnson, USA Today, British Telecom, NBC and WETA TV & Radio station. God blessed Ralph to climb the corporate ladder to become a Chief Financial Officer and to be seated in corporate boardrooms.

A tremendous conversion occurred in his life when he received the call from the throne of God to preach His Word in 1985 at First Baptist Church in Vienna, VA. Soon thereafter, he was selected to serve as Pastor for Administration at Christ Fellowship Church (CFC) under the pastorate of Enoch Butler and the ministry grew from 52 people to over 500 people.

During his tenure at CFC, Pastor Duke was responsible for evangelism and Mission outreach. Since being called to ministry in 1985, he has constantly searched for creative ways to share Christ – from promoting Gospel fest in communities to establishing homeless, prison, senior, youth and food ministries. Pastor Duke has had a passion for missions and evangelism. Since 1991, he has been the facilitator or been part of a team for at least two foreign mission trips per year in countries including Haiti, Ghana, Liberia, Jamaica, Anguilla, South Africa, Panama, St Vincent, Cameroon, South Africa, and St. Maarten.

He started several businesses, such as CMD Promotions, which promoted Christian concerts and plays at such places as the Kennedy Center and on the island of St Maarten. Also, CMD Associates provides financial accounting and tax services for various individuals, corporate and non-profit businesses.
In 1995, Pastor Duke and his family moved to St. Maarten to assist Pastor Alwyn Lake of the New Testament Baptist Church, and support a daily soup kitchen, host a gospel radio program on the number one radio station (Jam’n 94.7) on the island, taught college accounting courses and fulfill the daily pastoral duties. Unfortunately, due to a major hurricane, his wife and children had to leave the island, while Pastor Duke assisted with the recovery.

Upon his return to the United States in 1997, God called him to pastor Beacon Hill Missionary Baptist Church (BHMBC). As a bio-vocational pastor, God blessed BHMBC in 1999 to purchase a small, under-utilized church building that BHMBC has utilized by the development of partnerships with Hispanic, African, and teamed with CFC to open a food bank. BHMBC was awarded several grants from government agencies to provide career development, assist with food insecurities and employment for those formerly incarcerated. Pastor Duke and BHMBC continues to be involved as facilitators for mission teams, support missionaries and students in Africa, the Caribbean, Native American brothers and sisters and team with other mission minded groups across denominations.

He has served as a financial officer, trustee and board member for several denominational associations, seminaries and Faith based organizations. Since 2007 he has served as Church Administrator for Mount Olive Baptist, Centreville, was part of the planning team to construct a 65,000 square feet facility and delegated the responsible of managing the day-day administrative operations of the church.